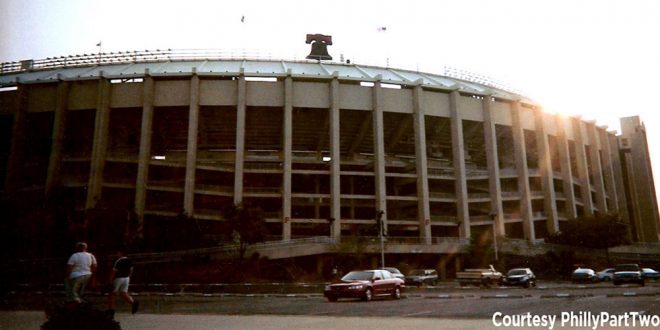 The 700 Level: Just Like Farting In Front of the Pope

The year was 1991 and I was attending a country music radio convention in Nashville at the Opryland Hotel. The building is huge…you could easily fit a few sports arenas inside the entire facility with space left over…and it was filled with many of the “who’s who” of the country music world.

It was also filled with a bunch of radio guys from all over the nation working on tiny radio stations that were almost universally ignored by the record companies. They would send you the new songs they wanted you to play, but they’d never give you as much as a free ticket to a concert from Slim Whitman. (Boy, that guy could yodel.)

A hallmark of this radio convention were the private suites the record companies would reserve to wine and dine the “big time” radio programmers in the business. The guys from New York or Los Angeles that could help “the next big thing” break out. The passes to these parties were as good as gold, and they all had big security guys named Steve waiting at the door to make sure the unimportant people were kept out.

One of the up and coming record labels was promoting the “special guest” in their suite by putting up signs and ads in the convention’s publications stating they had “the person with more hits than George Strait, Garth Brooks, and Johnny Cash combined.” There was a bit of a buzz as people were trying to figure out which country music star could possibly live up to that description.

Well, the question was a trick question…as their “secret star” was a former major league baseball player.

Who happened to once play for a little team from Philadelphia.

Needless to say, this made the 20-year-old nobody radio guy from Pennsylvania suddenly want to find a way into this suite. The player in question was one of his favorites from growing up, second only to his baseball hero, and a guy that he mimicked every time he drew a walk during his youth baseball years.

I decided I would just go to the door and try the bold approach.

I get to the door, and Steve the bouncer guy was there.

“Look, I’m with a little nobody radio station in rural Pennsylvania,” I said. “The guy you have in there was one of my heroes growing up and I would really like a chance to just shake his hand and thank him.”

Well, one of the label executives happened to be near the door and heard me. The bouncer started telling me he couldn’t let me in without getting fired for it, and the label person came over and said “let the kid in.”

So I get into the suite and at the back of the room, sitting at a table with baseballs on it for him to sign, was the “mystery hit maker.” There was a small line of folks (about three) but most of the room was drinking and talking and laughing, paying little attention to the baseball legend who looked as if he felt really out of place.

I get to the front of the line and the legend invites me to sit down next to him. He grabs a baseball and asks my name. As he’s signing it, I said a line that drew unwanted attention.

“You know, you were my second favorite Phillie growing up,” I said.

The people around me stopped their conversations and look at me like I was standing in front of the Pope and farted. I looked around and I really wondered if they were about to call security to escort me out. I saw a few of lower level label people with their name tags on look in the direction of the folks in charge as if to use telepathy to ask what to do.

The baseball legend laughed as he finished signing the baseball and handed it to me.

Rose looked at the table, paused, and sly smile came across his face.

“Son, if that’s who you rank me behind, you made a hell of a good choice in your baseball hero,” Rose said. He then called for one of the record label folks to come over and take a picture of us to send to me. (When I received it in the mail a few weeks later, he had signed it “to my #2 fan.”)

We ended up sitting there for about ten minutes talking about his time with the Phillies and the run to the 1980 World Series title. He shared with me about the preparation that Schmidt put in that many people never saw to become of the game’s best third basemen ever. He left it by telling me if I worked as hard at my career and Schmidt did at baseball, I’d have a very successful career.

The record label people bull-rushed me out of the suite as soon as Pete was done talking to me, making it clear I wasn’t welcome any longer, but you couldn’t take the smile off my face as I walked down that hall in the Opryland hotel with an autographed Pete Rose baseball in my hand.