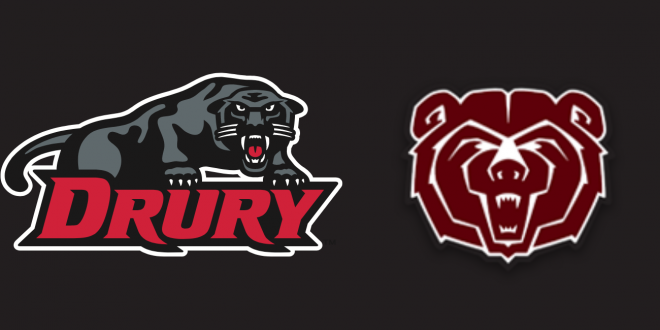 I wanted to recap what turned out to be a very successful end of season for a couple of Women’s basketball teams in Springfield, Missouri St and Drury. Both teams put together unbelievable runs in March in their respective NCAA tournaments.

Under a first year head coach, Drury made a serious run for a D2 National title. Amy Eagan helped to lead the Lady Panthers to a (24-2) record while placing 2nd in the Nation to Lubbock Christian. Lubbock Christian’s national championship seemed inevitable as Drury trailed 60-39 with 6:26 remaining. But the Lady Panthers, who forced a 28-point swing in the national quarterfinals against Charleston and never led in the semifinals until the second half before advancing past Lander, incredibly worked their way back into the contest and Allie Clevenger’s three-pointer with 57 seconds left brought DU within four, 63-59. The Lady Chaps hit free throws down the stretch, however, to hold off the Lady Panthers 69-59.

Drury was playing in the national championship for the second time in program history and for the first time since 2004. The Lady Panthers were playing in their fifth Elite Eight and their 18th NCAA-II tournament in 21 years. Eagan was named the National Coach of the year and Junior Paige Robinson was named the National Player of the year, which is the second consecutive season a Lady Panther received that honor.

A remarkable season for the Missouri State Lady Bears ended with an 89-62 setback to No. 1 overall seed Stanford, who ended the tournament as the National Champs, in the Sweet Sixteen at the Alamodome. The Lady Bears (23-3), tied a school record for fewest losses in a season, posted the second-best winning percentage in school history (.885), and as a No. 5 seed in the NCAA Tournament tied the best seed ever in MSU’s 16 appearances en route to the Lady Bears’ fifth Sweet 16 trip. MSU was led by 2nd year head coach Amaka Agugua-Hamilton, who has won 49 games in just two seasons for the Lady Bears.

Coach Mox was named the Missouri Valley Conference Coach of the Year, while Senior Brice Calip was named the MVC Player of the year. It was a special season for both programs this year. One that brought much happiness to basketball fans throughout the Ozarks.