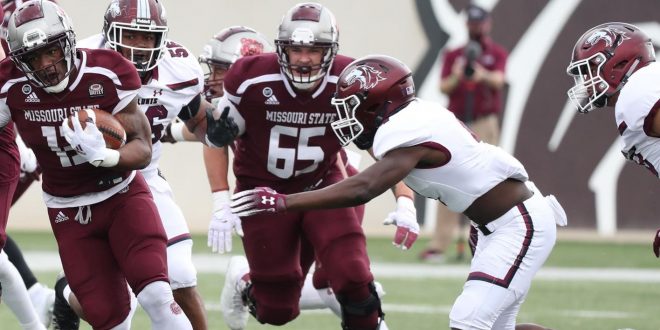 The honor pushes Missouri State’s total to three conference award winners after the Bears defeated No. 10-ranked Southern Illinois, 30-27, at Robert W. Plaster Stadium in Springfield on Saturday. The Bears also picked up Offensive Player of the Week honors in running back Celdon Manning and Newcomer of the Week from quarterback Matt Struck.

Fitzgerald anchored a Missouri State offensive line that picked up its third straight victory over a top 25 team – and second straight over a Top 10 team – helping Missouri State generate 377 total yards, including 265 in the second half.

He graded out with a 98 percent assignment percentage in the game, in addition to a 92-percent effort grade and an 85-percent technique grade from the coaching staff. He was also accountable in the pass rush, allowing no sacks, no hurries and no pressures in the game, and he did not commit any penalties. Fitzgerald and company lifted MSU to its second-best offensive output of the season in terms of yards and matched its top effort in offensive point production.

The No. 19-ranked Bears, who are currently 4-1 in the MVFC and holding a share of first place, will close out the regular season at home on Saturday April 10 against Youngstown State  at 2 p.m. Tickets for the YSU game are available at MissouriStateBears.com or by visiting the Old Missouri Bank Box Office at JQH Arena, (417) 836-7678, during regular box office hours.