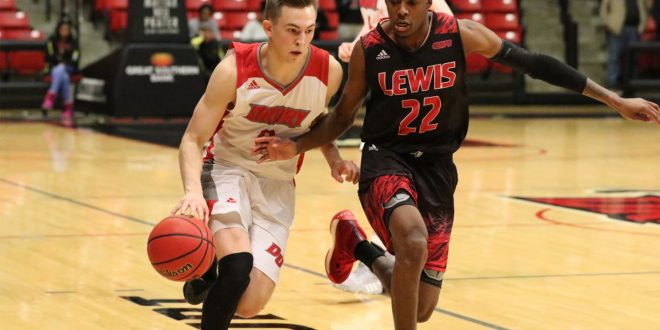 SPRINGFIELD, Mo.— Drury guard Conley Garrison has been named a First Team All-Midwest District performer by the National Association of Basketball Coaches. It marks the second year in a row Garrison has landed a spot on the All-District squad.

The senior from Bolivar, Missouri, was voted a First Team All-Great Lakes Valley Conference performer for the third year in a row, and he was also named to the conference’s All-Defensive Team. Garrison ranks fourth in the GLVC in scoring, averaging 18.2 points per game, and he is second in assists, dishing out 5.1 per contest. He ended the regular season leading the GLVC in steals at 2.6 per game; he is third in three-pointers made (2.8), sixth in free throw percentage (.854), and is eighth in three-point percentage (.379). Garrison’s assist-to-turnover ratio is also second-best in the conference at +2.4.

The Panthers finished the year 11-10 and advanced to the GLVC Tournament championship game for the second time in three years.