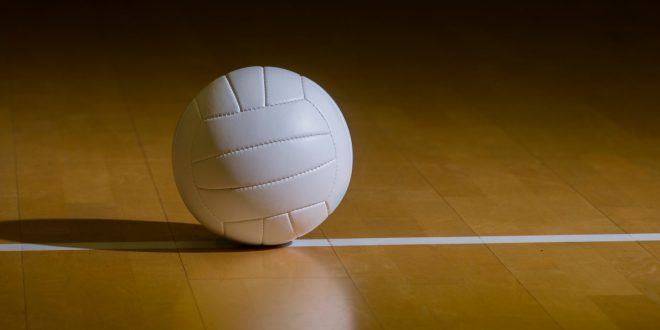 “We are really excited to be in this position,” said head Coach Steven McRoberts after the match. “This is a team that everybody seems to be on the same page, we have so many people chipping in to help in different ways. This group comes to the gym excited to practice, to get better, and to compete when its match day. It’s easy to coach them when they have great attitudes and effort all the time.”

Brooklyn Cink equaled her career high with 20 kills and Amelia Flynn recorded her eighth consecutive double-double with 17 kills and a career-high 24 digs to power the Bears to 62 kills on .217 hitting. Flynn’s double-double streak is the longest at MSU since Lily Johnson in 2017.

Azyah Green hit .304 with 10 kills and eight blocks, while freshmen Reagan Casey and Lindsay Lahr had seven and six stuffs, respectively, to help the Bears to 15 on the afternoon. Teagan Polcovich matched Flynn with 24 digs as Missouri State finished with 88 as a team.

Missouri State used a pair of 9-1 runs to take the first set, leading 16-9 after the first and closing out the period with the second as Cink and Flynn combined for 12 kills.

Valpo (2-3, 1-3) never trailed in the second set, and the see-saw battle continued in the third when Green had two blocks in a 4-0 run to 24-19 before adding the clinching kill two points later.

After falling behind 9-3 in the fourth set and never getting closer than five points from there, the Bears blitzed Valpo in the fifth with 10 kills on .450 hitting, three blocks and an ace.

“One thing we talk a lot about is earning points,” McRoberts added. “We earned 14 out of 15 points in the final set and we will be really hard to beat if we are playing that well. It’s a clutch thing, we turned it on at the right time.”

A Polcovich ace put MSU ahead 6-2 in the deciding set, Flynn had three kills in a 4-0 run to 10-3 and MSU coasted from there to move its record in five-setters to 3-1 this season.

Missouri State embarks on its first Valley road trip Feb. 14 and 15 at UNI.