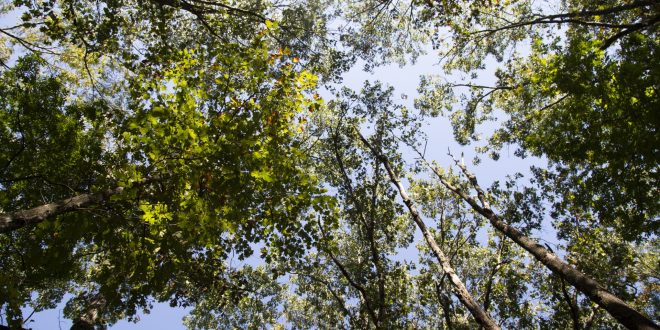 This week I was sitting in the oversized storage room we call the Jock control room listening to the Fishing Radio Show with Don Berry when I heard them talking about Don’s being selected to the Missouri Sports Hall of Fame. In the midst of the discussion, Berry mentioned Bass Pro Shops and its impact on outdoor sports.

Bass Pro Shops. The myth. The legend. The anchor business on the corner of Sunshine and Campbell. The store that once owned a really old turtle that I remember from back in the early 2000s when my kids were much younger.

And the guy who is the living embodiment of Bass Pro Shops.

I mean, let’s just be real, the guy is loaded more than the hunting rifle department on free target practice day. He could likely buy every single person living in southwest Missouri a bowl of chili on a cold day and still be able to buy a Super Bowl Ad (which you can see below.)

With cheese and onions.

And venison. A lot of venison.

And the thing that gets me when I watch Johnny Morris doing the things he does around the Ozarks, I would not put it past him to do something like that. In a world where we see hedge fund managers in $25,000 suits with watches that cost more than a neighborhood playground and driving cars that look like they should be on an episode of Top Gear, you have Johnny Morris, who I could easily see sitting at Casper’s downtown eating a bowl of chili and telling the guys around him about the 19 inch bass he caught the previous weekend.

Now, it was only 12 inches, but hey, it’s Johnny Morris, and you don’t challenge his fishin’ tales.

I’ve never really officially met the man. I was taking pictures for Ozarks Independent at a golf tournament at Top of the Rock and said hi as he walked past me. Told him that Larry the Cable Guy was making jokes about him, to which he laughed as he passed by. I’ve seen him at other Bass Pro related events but since I had no real reason to interact with him I just left him alone. I’ve also covered him a few press events but I never really had a good question to ask him, so I didn’t ask a bad one.

It’s allowed me to observe the guy and he’s unlike a lot of very rich guys I’ve had to deal with over 35 years in broadcasting and journalism. That difference is the good things I see him doing in terms of conservation, youth activities, and wanting to get people to truly experience nature seem to be real with him and not just what his company’s public relations team tells him to do.

A lot of the guys who are as blessed financially as Johnny only do the charity work you see them do because it looks good for the cameras. Not all. There are some who do it for true altruistic reasons…but even most of those make sure there are camera lenses in their direction while they do it.

I honestly believe Johnny Morris wants all of us to truly discover a love of nature.

And being equally honest, there’s a darn good reason for it.

I’ll admit I’m not a hunter, nor fisherman, nor camping fanatic. I don’t own a hunting rifle, I don’t have a fishing rod, don’t even own a tent. I do, however, have a passion for photography, and that’s taken me to many of our national parks both around the nation and here in the Ozarks.

Escaping to the beauty of the Ozarks has been something that renews my spirit in ways that I just can’t seem to obtain any other way. The photos you’ve seen through this column are photos I’ve taken at various locations where I’ve tried to capture the beauty of nature that would bring my soul to life again.

The sound of the water rushing through Roaring River State Park in Cassville, or capturing rays of light through the trees at Big Sugar Creek State Park, or just softly bobbing with the waves on a fishing dock at Crabtree Cove at Stockton Lake State Park, it all just charges up my batteries and doesn’t cost a dime.

That jolt I feel from just a few hours in the beauty of nature, soaking it in, truly experiencing it…I see that same fire in the eyes of Johnny Morris when he talks about conservation and preserving natural beauty.

Now, I know the cynics out there will point out business decisions he’s made that have caused hardship. Look, I can’t say the ins-and-outs of the man’s business. Being real, you can’t really make it in the American system of business without having to take steps that would be detrimental to people and places. It’s the nature of that beast. I’m sure there are “bad” things in the man’s past. I’m not under any impression he’s a saint.

However, he IS out there making a difference in our world’s environment in saving lands from developments so millions can enjoy the outdoors. He’s doing it from his own personal wealth, not our taxes, so it’s showing that sacrificing and giving back is a value that is a great one to pass on to future generations.

I truly believe he wants every kid to know the feeling of lifting a fish up out of the water that they’ve just caught for a picture before they put it back. I’d be willing to bet there are quite a few kids over the last few decades who couldn’t afford a fishing pole that ended up with a nice setup due to an “unnamed benefactor.”

So if our Ozarks Gazillionaire wants to spend those dollars protecting wildlife habitats, keeping ponds in great shape for fish, providing miles and miles of hiking trails, and giving those of us with cameras all these wonderful opportunities to bring the beauty back home, I’m all in favor of it.

Because I know the power of nature to bring us back to life. So does Johnny.

And he’s right…we are kind of like one family in the great outdoors.